The Truax library has 5 nook colors that are available for checkout to students. Nooks are available on a first-come first-served basis.

The nook colors can be used to read ebooks, explore/play apps or search the web. Unlike our iPads, email and social media accounts may not be accessed on the nook colors. 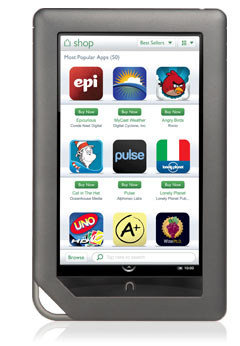